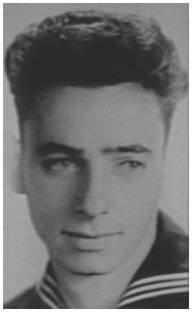 “I served on the Mansfield from 12/48 to 2/50 as an ET3. I do remember one incident clearly and maybe Bill Bailey can confirm all or part of this.”

“We were at sea late spring, early summer 1949, refueling from the carrier Bedoing Straits. We were steaming side by side and the ships were rolling towards each other dangerously close, in rough water. The oil line came off the pipe and had to be resent to us. A deck hand on the carrier fired a line throwing gun. The slug hit the bulkhead on the port side of the quarter deck and ricocheted into the back of the Chief boatswain’s mate.”

“I was standing on the torpedo deck and saw the whole thing. The chief went down and about that time, we took a deep roll to port, putting the main deck awash. As the chief was sliding towards the life lines, I thought he might go overboard. Being 19 and stupid, I jumped to the main deck, grabbed the chief by the belt and hooked my arm around the ladder, preparing for the next roll. I started to holler and soon had several hands assisting me. They carried the chief to sick bay and I went to the compartment to change into dry dungerees.”

“The medics decided the chief needed definitive medical care and the skipper optioned to transfer the chief to the carrier. This proved to be a dangerous and painful experience for the chief. They rigged a high line and loaded the chief into a breaches buoy and started to haul him towards the carrier. We were still rolling badly and the high line parted on a big roll, and, as luck would have it, the haul line held and they were able to get the chief on to the carrier, but not until he got dunked in the sea and slammed against the ship’s hull. Unfortunately, the trip resulted in a broken arm and leg for the chief . We got a report from him several months later that he survived the broken bones and back puncture and was on a cushy shore berth.”

“I never got any recognition for my small part in that adventure, but I didn’t mind, as I was an adrenaline freak anyway and got my thrill for the day.” 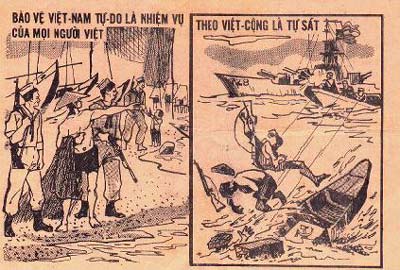 “Philip Leonard here, SA to QM2 on the Mansfield (63 to 65). Later, I was on Swiftboats in Vietnam. We sometimes passed out small packages to the people on the boats we searched. These were put together for us and we didn’t pay too much attention to what was in them. I did finally look through one of the packets and found that a handout had a picture drawn on it that portrayed Jane’s Ship in action.”

“Thank you very much for the fine site and all the old memories it brings back. I was aboard ’55-’59. A lot of old thoughts were stired up and a few good belly laughs were had.”

“One memory that really sticks in my mind was the time we were taking on a few stores, mostly for the officers. I had the duty and stepped out on the 01 deck to watch. I was just an RDSA at the time and there was an open case of one gallon cans of frozen strawberries that happened to slow down just below the ladder. I reached in and retrived one and took it to the Bridge and hid it under the grates in front of the flag bags.”

“As you know, it could get hot off the coast of Subic Bay, well, about 0400 the darn thing exploded up thru the grates like a shotgun, into the Captains Sea Cabin, all over the cover on the flag bags, what a mess, AND no one ever knew how that infernal thing got there.”

“Needless to say, over a lot of San Miguel, we laughed and laughed. My indoctrination to the fellowship of sailors.”